Dr. Atiq Ur Rehman is currently working as Physiatrist in Physical Medicine and Rehabilitation at King Fahad Medical City, Riyadh where he is also the training supervisor for FCPS residency program under the auspices of College of Physicians and Surgeons of Pakistan. He joined this department in 2011 and has been mainly involved in Neurorehabilitation and Musculoskeletal Medicine. He is also a member of Documentation Committee at the Rehabilitation Hospital at King Fahad Medical City and has conducted various internal audits.

Dr. Atiq graduated from Army Medical College Pakistan in 1993. He completed his residency training in Physical Medicine and Rehabilitation from Armed Forces Institute of Rehabilitation Medicine (AFIRM), Rawalpindi and passed the exit exam in 2005 to become the Fellow of College of Physicians and Surgeons of Pakistan (FCPS). During the same year, he had active involvement in Spine Injury Rehab Program for victims of 2005 earthquake in Balakot Pakistan. This was a joint project by CHAL (NGO), PIPOS (Pakistan institute of prosthesis and orthosis) and AFIRM. During his stay at AFIRM, he participated in training of Residents, Nursing Officers, Nursing Assistants and Physiotherapists for Class I and II training under Armed Forces Post Graduate Medical Institute (AFPGMI) Rawalpindi.

Dr. Atiq likes mountaineering and tracking. He has hiked one of highest peaks above 8000 km in Northern Areas of Pakistan with Japanese Hiking team in 1997.

Publications by Dr. Atiq ur Rehman 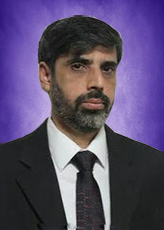